Perhaps the only channel I bother watching television for anymore is ABC News 24. I could probably eschew using an actual television for that, too, as a live stream is provided online. The channel has finally dropped backwards compatibility with 4:3 displays, taking another step in the constant march of deprecation.

While compatibility was previously maintained by using only the 4:3 safe area for text, the "flipper" ticker, watermark and clock have now stretched their metaphorical legs to take advantage of the entire 16:9 horizontal space: 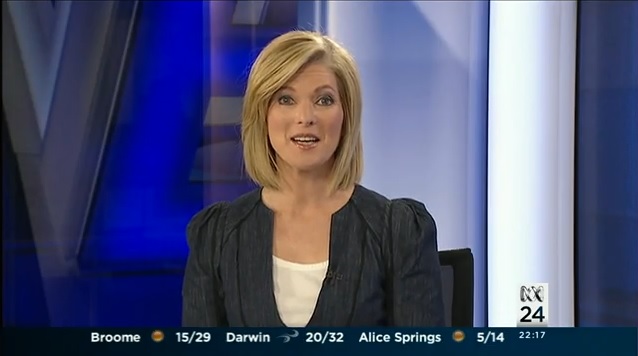 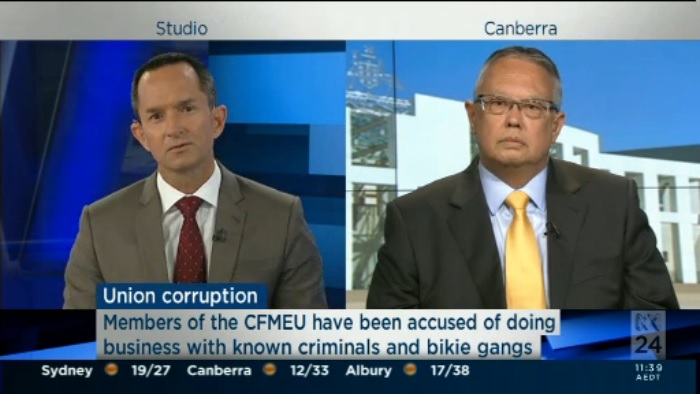 Story headlines and their brief descriptions are still kept within 4:3, though if this does not also change in the future, I suspect it will be kept so that a reasonable line length is maintained, for ease of reading.

Arguably a true, horizontally scrolling ticker would be better going forward, as the lack of "lines" makes line length a non-issue. However, I personally find these types of tickers to provide excessive visual pollution due to the constant movement.

It is strange that the watermark and clock were moved out about a month ago, and only now has the change been complemented with the ticker. The asymmetry was quite jarring.

Stranger still to me, is why 4:3 compatibility would be provided at all, for a channel that has only ever been available in 720p DVB-T. Perhaps the channel was delivered internationally to broadcasters without exclusive use of widescreen, or some set top boxes are used with old CRTs, cropping the viewable area. I still see countless old TVs at every verge collection.

I am completely in favour of television broadcasts making use of widescreen to a greater extent — after all, not only have we had it here in Australia since free-to-air DVB-T was introduced in 2001, but the cessation of analogue PAL broadcasts nationally has completed just under two months ago. Rest in peace, 4:3, you probably won't be missed.

The screenshots above are probably copyrighted material owned by the Australian Broadcasting Corporation. Hopefully this is considered fair dealing.